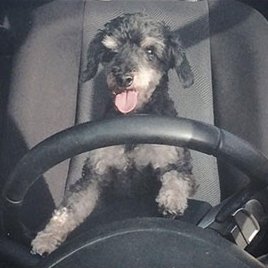 During my first relationship after my divorce I finally gave in to taking medication to help deal with the anxiety and mild depression issues I was dealing with as a single parent. For me this showed up as extreme irritability, excessive worries over things I couldn’t control and ruminations that kept me from focusing on work and sleeping. I had taken them once before and it had given me a fresh perspective, so I thought it worth a shot.

Sure enough, I felt happier after a while and the formidable task of dating was made a bit less daunting. After a couple of years though I realized something. Since I’d been on the medication, not only had I gained 40 pounds, but I had been completely sapped of all motivation! Turns out I need a little anxiety to push me forward. So, as I did the first time around, I quit the meds cold turkey during one of the most stressful times in my life.  Maybe not the best approach, but I think there’s something to fully experiencing those life lows.

Both times I went on medication, I experienced a shift in perspective. The first, as a teen going into college, allowed me to see when I went off that those things that were annoying me about my roommate did not used to annoy me, so it must be me not her. The second time allowed me to get through the most anxiety inducing thing I’ve ever experienced – post divorce dating, until I could reach a point of navigating it on my own.

For me though, in the end, a little anxiety can be a good thing.

According to Kazimierz Dabrowski, “The theory of positive disintegration has it that most states of anxiety, depression, and other symptoms of psychoneurosis are necessary conditions for positive development of the individual.” (Positive Disintegration p.111) This is because we must experience some degree of dissatisfaction with life before we can improve it. It’s when we get stuck in it that it can become a problem.

In The Gifted Adult, Mary-Elaine Jacobsen describes three defining characteristics of the gifted as complexity, intensity and drive. Complexity and intensity can contribute to anxiety. Anxiety can both push you toward drive and hold you back from it. If it’s productive anxiety it can push you forward. If, on the other hand, it keeps you spinning your wheels, it is useful to find some things that help move you forward.

Here are some things that have helped me over the years:

Manage your expectations – As you may have picked up, the most horrifyingly anxiety inducing thing I’ve ever done is dating after divorce (I was a pretty anxious dater before I got married, so I was glad to be out of that scene young). There I was not only doing something that terrified me and I was bad at, but I had the added trauma of knowing that my last relationship was not at all what I thought it was. When I was corresponding with a kind man I connected with for the first time, I was an absolute mess. I couldn’t focus at work and I not only had trouble falling asleep (not uncommon) but I kept waking in the night for about a month. I held on to that relationship longer than I should have because he was nice and I didn’t want to get back out there. Ultimately though, I knew it was not the right fit. Gradually, I learned that the best approach for me was to hope for the best but expect nothing. If I didn’t expect to hear back from anyone, or to connect with them when we met, then I was pleasantly surprised when I did.

Expose yourself – My next several years became one big experiment in desensitization. Part of what made me so anxious was that having had so little experience with connecting with men, every time there was a mutual attraction, it felt like a HUGE deal. The advent of online dating has been a wonderful thing in this regard because even with the limitations of being a single parent, there were people I could connect with enough that it stopped being such a big deal.

Change your focus – My last relationship was pretty good, but ultimately still not a great fit and it was starting to drain energy that I wanted to be using to build a business.  So I took a 6 month break from dating to focus on my business.  When I went back to it, it was almost an afterthought, and without much energy at all, I met my amazing Guy!

Keep your humor – I ended up with a few experiences that could have gone really bad if I’d let it. Instead of getting wrapped up in the drama of it all though, I stepped back and laughed at the ridiculousness of it all. Not to say that I never felt the drama, but as long as I could see the humor in it, it wouldn’t last long.

Build your optimism and resilience – In the end, I got through by seeing how each and every experience that I had taught me something and brought me one step closer to where I wanted to be. I had hopes and desires, but I tried not to let them become expectations or attachments to one particular outcome.  I could see that there was a world of possible outcomes out there for me and I wouldn’t know which was right for me until I was in it.  This turned out to be very true for me.

In Searching for Meaning: Idealism, Bright Minds, Disillusionment, and Hope, James Webb shares some more positive coping skills that are often effective for anxiety, as well as existential depression.

So what’s your best strategy for moving forward with your anxiety?