“Where there is ruin, there is hope for a treasure.” ― Rumi

We often hear that “it’s always darkest just before dawn,” to the point where it has almost become cliche.  It is a universal truth that we can learn from our trials and tribulations.  Kazimierz Dabrowski would take it a step further to say that existential depression, anxiety and neuroses are positive things as long as they move us toward our higher selves and he believes that heightened excitability is a key factor in increasing our chances of doing just that.

According to Dabrowski’s Theory of Positive Disintegration, before you can develop as a person, you must first break down your existing internal structure. Basically, you must fall apart before you can come back together into a stronger whole.

There are three factors that influence development: biological, social and purpose (this is my word choice, Dabrowski uses the “third factor”).  These three factors interplay with our emotions to create dynamisms.

Social  – The “second factor” is the influence of your social environment. This would be the “nurture” aspect to the biological “nature” traits.

Purpose – The “third factor” is the most discussed and least concrete of the three factors. It involves the conscious movement toward your higher self. Actions are deliberate and in line with your purpose and values. This is essential in achieving secondary integration.

Dynamisms – Dynamisms are the forces that drive our actions.  These involve our instincts, drives and thoughts combined with emotions. The third factor influences dynamisms, but is also considered a critical dynamism in itself. Other dynamisms found throughout different levels of integration and disintegration include creative instinct, empathy and inner conflict.

There are 5 levels commonly described from his work. Much of what I’ve read implies that you start at level 1 and work your way up. After reading Dabrowski’s original “Positive Disintegration” though, it seems to me a more cyclical process.  We move through stages of integration (wholeness) and disintegration (breaking apart). When we experience disintegration, we can either fall back into “primary integration” or move forward into “secondary integration.”

1. Ignorance is bliss (primary integration) – There is little internal conflict at this stage because the focus is on meeting basic biological and social needs.

2. Ambivalence (unilevel disintegration) – At this stage there is conflict between two choices that are equal in level. Dynamisms involved include ambivalence, conflicting impulses and challenges between biological and social drives. This can be triggered by developmental crises such as puberty and menopause or a stressful external event.

3. The conflict between what is and what ought to be. (spontaneous multilevel disintegration) – Conflict arises between higher and lower level choices. At this point it is spontaneous and without direction.  Dynamisms that might arise include guilt, shame, dissatisfaction and inferiority toward oneself.

4. The challenge of what could be. (directed multilevel disintegration) – There is still conflict between higher and lower choices, but now the third factor comes in to make conscious choices based on our deepest values.  Other dynamisms that support movement toward secondary integration include self-education, self-control, self-awareness and inner transformation.

5. Conscious self (secondary integration) – Secondary integration is characterized by a state of harmonious wholeness. Dynamisms involved include autonomy, authenticity, responsibility, altruism, creative expression and reaching your personal ideal. According to Dabroski, “Partial secondary integrations occur throughout life as the result of positive resolutions of minor conflicts.” (*p.20)

Often times people who seek coaching and guidance feel stuck between level 3 and 4.  They are self-critical and get caught up in what “should” be.  If they can shift their thinking from what “should” be (lack) to what “could” be (possibility),  and have a clear sense of purpose, they can use the disintegration process in a positive way. 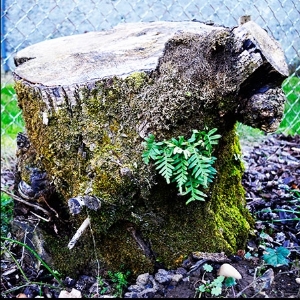