[Rerun] Not Your Average Mom with Arianna Bradford

This December, I’m continuing the tradition of sharing reruns of some of my favorite episodes, this time from Season 2. This episode is with Arianna Bradford. Since I last spoke to her, Arianna has been busy. She has dissolved the NYAM project and now writes and speaks to groups of parents for a living. Her book, Shame on You, Big Truths from a Bad Mom, was independently released July 7, and it’s been widely regarded as a fun, honest book for parents. She’s currently working on her second book, and is in the midst of relocating to Florida. You can find out more about her book, schedule her for events, and more at: theariannabradford.com

Is your personality way too big for most people to handle? And do you find yourself sometimes trying to become smaller than you really are? Today we’re super excited to have Arianna Bradford join us on the show! Arianna was the founder and lead editor of the Not Your Average Mom (NYAM) Project, which is dedicated to celebrating strong women outside of the role of motherhood. Arianna really loves to talk and to express the ideas that she has going on in her head. She often found herself trying to curb the amount of talking she did when she was in high school, but it seldom worked for longer than ten minutes. Listen in today to find out what Arianna has to share about her passion and her fire.

Arianna was raised in a small town in Florida and spent the first twenty years of her life there. She thought that she would never leave. Due to unexpected circumstances, however, she moved to Texas and stayed there for about six years. During that time, she met her husband and they had two children, Miles and Charlie. Arianna, her husband, and their two young children now live in Happy Valley, Oregon. When she’s not busy writing something or photographing people, Arianna enjoys reading, playing video games, or trying to sleep. Listen in today to find out more about Arianna and her brand of intensity. 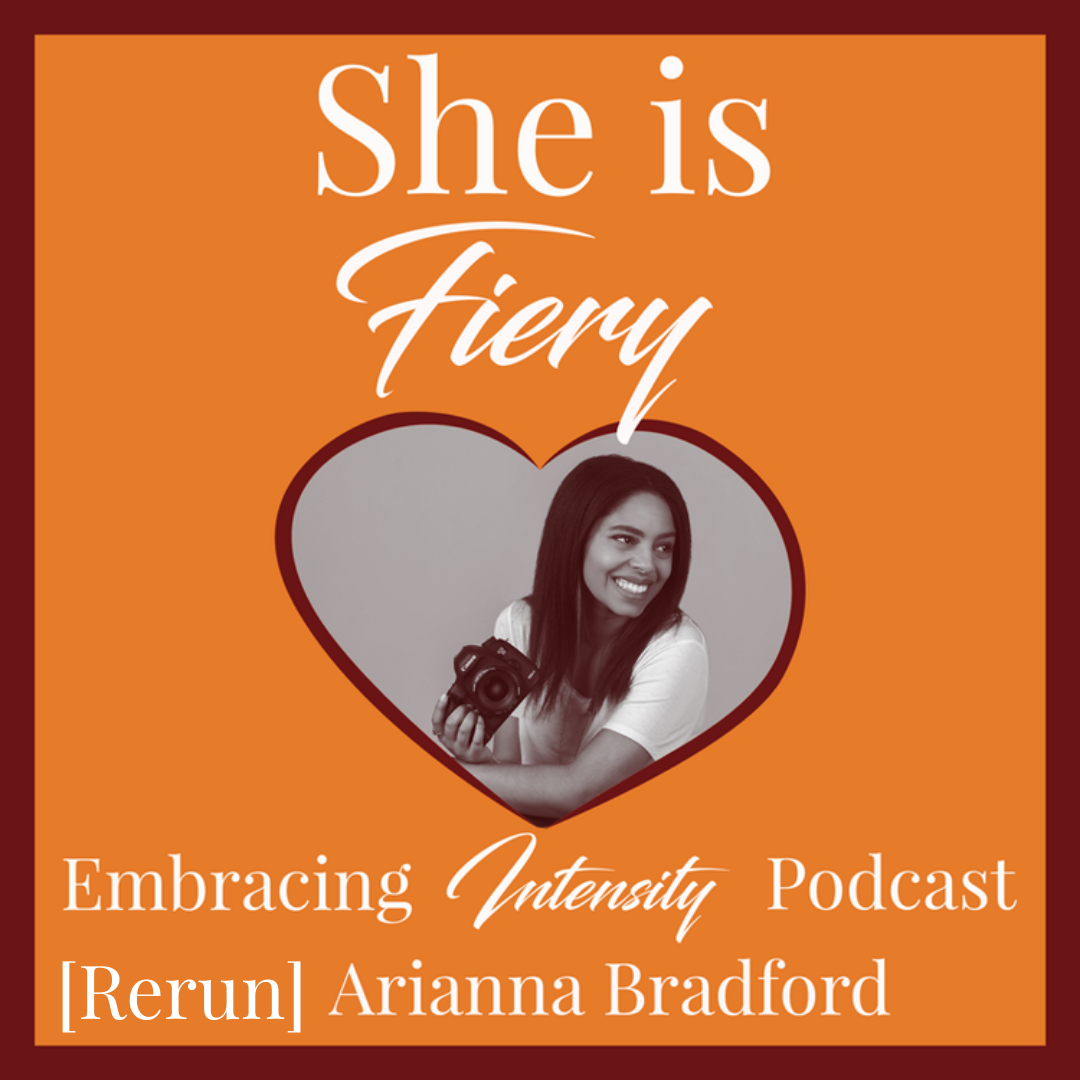 Free Harness the Power of Your Intensity Workbook 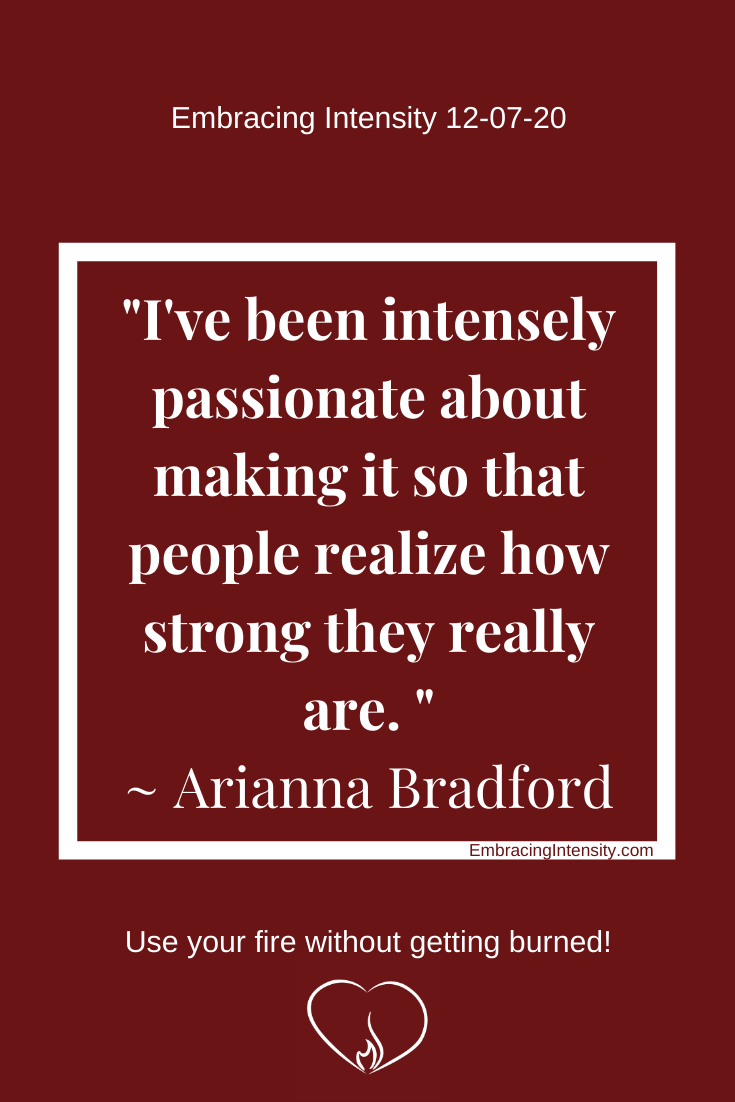 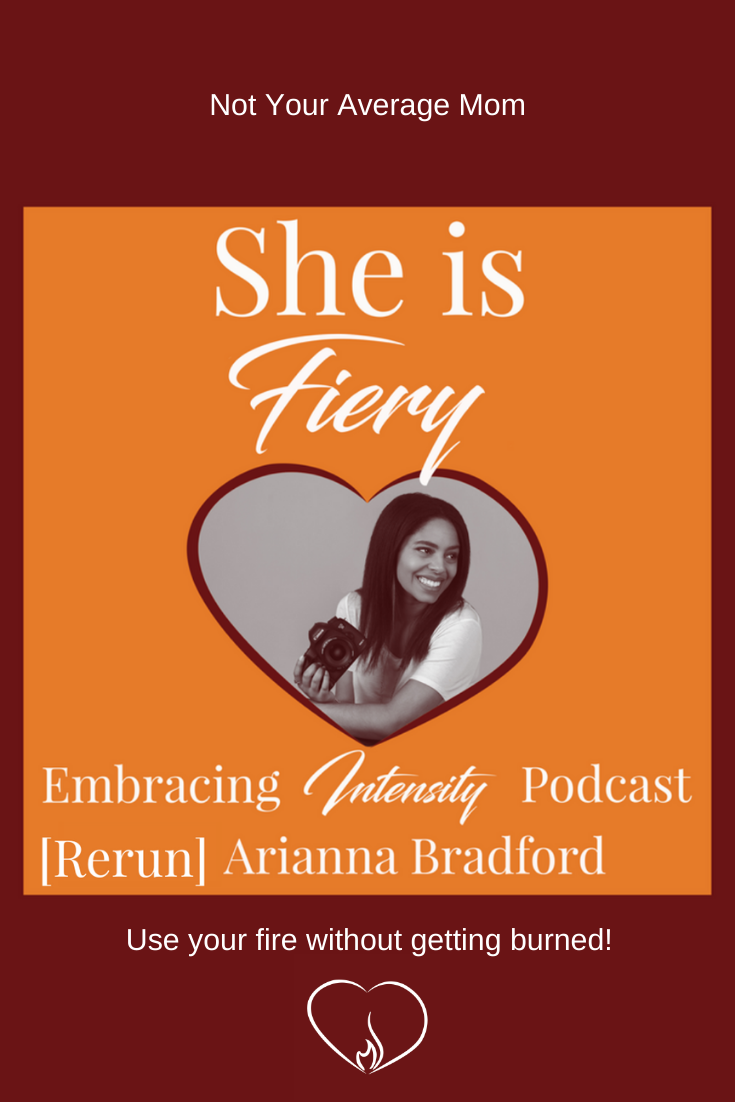 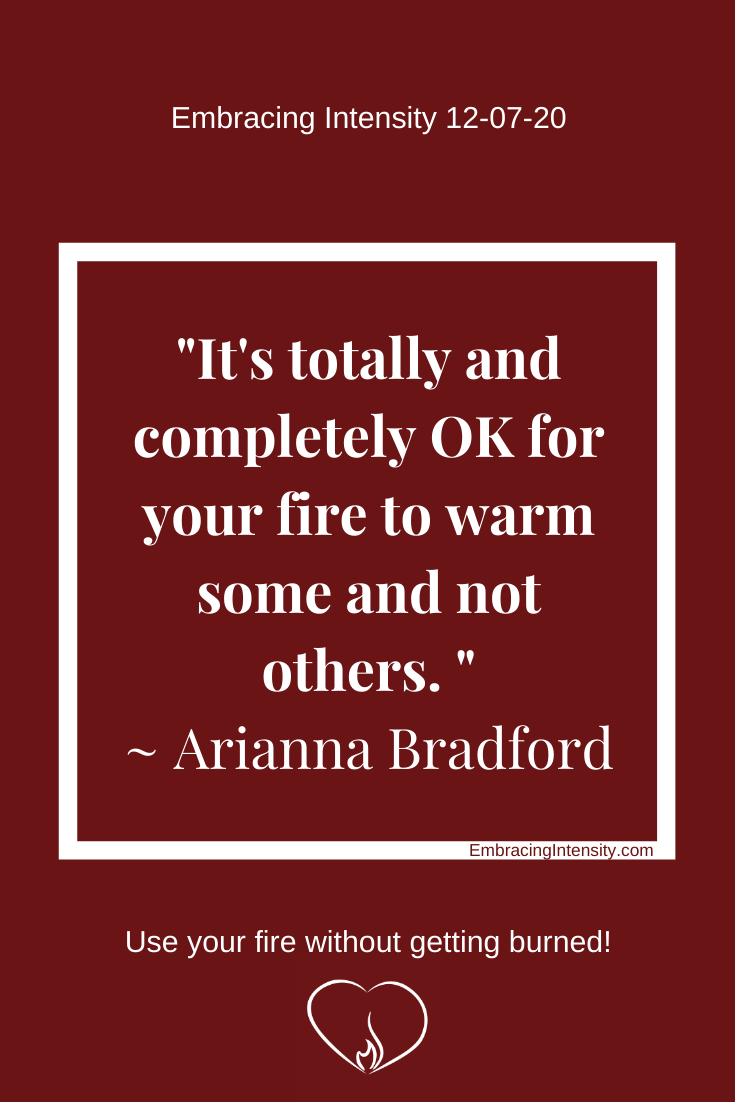