A while back I had seen a lot of posts about the overlap and similarities between ADHD and Autism, and it got me thinking about some observations I’d made both personally and professionally testing neurodivergent kids over the years.

I posted this tweet asking folks the following questions:

“Curious with the #Autism vs. #ADHD discussions recently, if you have one or both, what do you relate to more:

3. Think in Words vs. Pictures

With the chaotic mind that I have, I forgot to follow up on it and it popped into my brain again last week, and I posted the questions again on TikTok to a broader neurodivergent audience. While a lot of folks said “both,” or “it depends,” I was surprised how many people had a clear first inclination on the questions. I didn’t really have a way to scientifically sift through the responses by specific neurodivergences, but I did make some general observations. 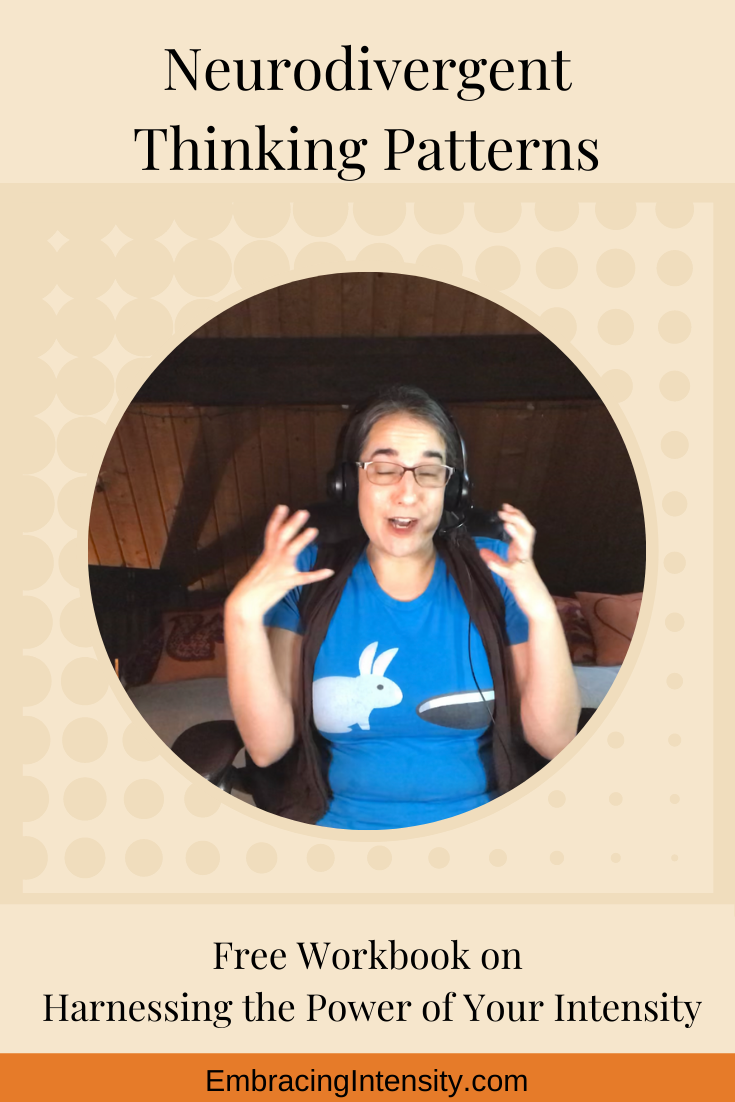 Initially I asked this because I had observed in testing that folks with ADHD often tend to do better on big picture tasks while Autistic folks were often better with details. Also in the book The Dyslexic Advantage, he talks about how often times people with Dyslexia tend to be big picture thinkers as well, which described some overlap with my experiences with ADHD.

For those who answered, it was a little more mixed on this topic with more folks with ADHD saying “detail” than I expected, but for those who elaborated, what they often described was getting caught up in little details when they were hyper focused or highly interested, rather than a general consistent attention to detail.

My ADHD brain is definitely better at picking up the big picture, and I’m always missing little details unless it’s something I’m hyper focused on and then my perfectionistic tendencies kick in and I notice the minute details and imperfections of my work. I also tend to be really good at connecting things into a greater whole.

Years ago I was helping a friend study for a pharmacy tech class and I remembered noticing that he had a hard time categorizing things and seemed to “miss the forest for the trees.” He was noticing all the individual details and memorized each one separately, which was effective in the end  but took a lot longer to master.

Another interesting detail focus I observed a long time ago was my grandmother who had storage lockers at her theatre space and she sorted everything alphabetically instead of by function, so you would look under “H” for hammer, and “N” for nails. That always stood out to me as an interesting neurodivergent way to process the world.

So I’d love to hear in the comments, what is your relationship with the big picture vs. details?

So this is another one that I think needed way more context, a lot of folks interpreted it as what they preferred, and many said order, but a lot of ADHD and ADHD/Autism combined folks who elaborated mentioned they preferred order, but their brains tended to be more chaotic.

This is extremely true for me, at work things look quite ordered because I need that to function effectively. I’ve come up with external order, structures and systems to help navigate because internally my mind is pretty chaotic.

I didn’t necessarily see a huge difference in who preferred order, but those who said they preferred chaos did tend to be ADHD.

What is your relationship with the big order vs. chaos?

Think in words vs. pictures

I asked this question because I realized a few years ago that I probably have aphantasia, which means I can’t visualize in my head, and this definitely has a negative impact on my working memory, so I was curious to see if other ADHD folks tended this way as well.

Also, books like “The Gift of Dyslexia,” and “Thinking in Pictures,” described Dyslexia and Autism as thinking more visually, so I was curious if this was consistent.

What I found interestingly was that there did not seem to be a consistent pattern on this with any specific neurodivergence. I had dyslexic folks who said they were great at visualizing because of their dyslexia, but others who said they couldn’t visualize at all. Folks with ADHD and Autism seemed to be equally likely to say they thought in words, pictures, a combination or something else intangible.

How do your thoughts manifest, in pictures, words, both or something else?

When testing students with ADHD, I’ve noticed a tendency to be stronger with novel problem solving tasks, or fluid reasoning, than acquired, or crystallized, knowledge, unless they also have a math disability. It’s difficult to say if that is an issue with fluid reasoning skills, or visual processing though because nearly all fluid reasoning tests are also visual.

I myself tend to score higher on visual tests than verbal, even though my verbal skills were what people noticed in me at a young age. I believe this is because most verbal tests test vocabulary and general knowledge, and there aren’t a lot of great verbal reasoning tests.

The answers to this were again varied, but with a lot of folks who used them both together, or really enjoyed acquiring knowledge in their areas of interest, but not as much outside those interests.

Do you tend more towards acquired knowledge or novel problem solving?

Often our impression of ADHD is of processing very fast, but statistically we tend to perform lower on processing speed tests. What folks don’t talk about much is that most processing speed measures are measuring the speed of processing visual information and responding with a motor task (i.e. copying a code or recognizing duplicate images). It doesn’t necessarily tell you how fast we process information in our heads. It can also be affected by perfectionism and attention to detail if someone goes slowly to make sure they don’t miss anything, or goes too fast and makes mistakes.

From the responses, there didn’t seem to be a huge pattern of who said they were fast processors vs. slow based on their diagnoses. They all had a wide range.

I think my biggest takeaway from hearing personal accounts from so many neurodivergent folks is that even when there’s a consistent pattern that is statistically more likely in a specific area of neurodivergence, they are not hard and fast rules.

When someone does an evaluation and rules out ADHD, for example, because their processing speed and/or working memory is too fast, they may have just been particularly engaged in that task. We can gain a lot of information from doing standardized assessments, but it’s important to look at the whole picture as well and not rule something out based on one piece of data.

This is why it’s important to make sure that anyone evaluating has a solid understanding of different neurodivergences, but also understands the overlap between those neurodivergences and giftedness or twice exceptionality because those are often the folks who are even more likely to break expected patterns. It’s also helpful for them to understand the limitations of the different measures they use and use a variety of them to look at the patterns from many different angles.

I personally do not diagnose, though I can identify learning disabilities in students, and am just as glad not to because it frees me up to look not so much at the diagnosis but at the patterns of strengths and weaknesses that may be impacting how we think and learn. In my assessments with adults I like to use a variety of measures including standardized screenings, rating scales and more qualitative questions and conversation which evolves over time. I’ve found the tools that I use to bring out useful information to help folks to use their thinking and learning strengths instead of pushing against their weaknesses.

If you’re curious to learn more about my adult assessment process, you can contact me through my website at auroraremember.com and we could set up a time to see if it might be a helpful tool for self-exploration and understanding!